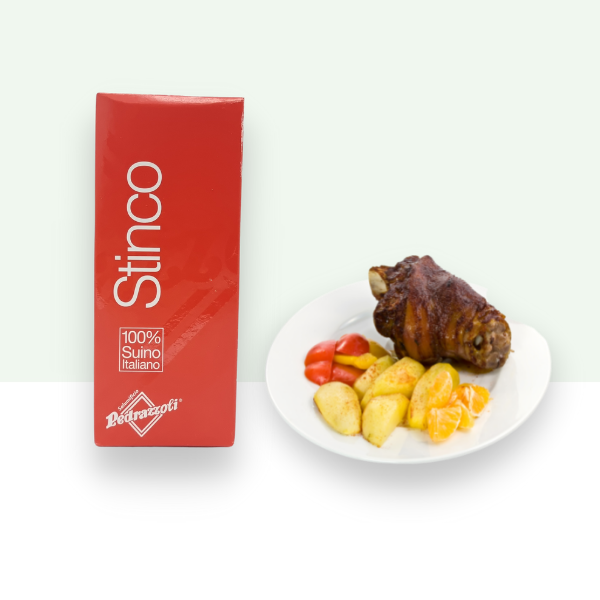 Very popular in continental European cuisine, it is known in Germany as Eisbein, Haxe or even Schweinshaxe in Bavaria; it is usually baked or grilled.

Pork knuckle is steamed in the oven, au naturel without wrapping, retaining its typical aroma enhanced by notes of rosemary and bay leaf.

RECCOMENDATION: Oven cooking: remove the product from the package, cover it with foil and heat it in the oven with a little oil for about half an hour at 180°. Cooking in a frying pan: leave the product free in a frying pan, with seasoning to taste. Cooking in boiling water: leave the shank in its original packaging and boil in boiling water for up to 20 minutes. Serve with mashed potatoes or cooked vegetables, accompanied by traditional mustards. We recommend Fig Mostarda or Strawberry Mostarda.

STORAGE METHODS: Store at a temperature between 0° and 4°. Not sterilised pasteurised product.

We use cookies on our website to give you the most relevant experience by remembering your preferences and repeat visits. By clicking “Accept”, you consent to the use of ALL the cookies.
Cookie settingsAccept
Manage consent